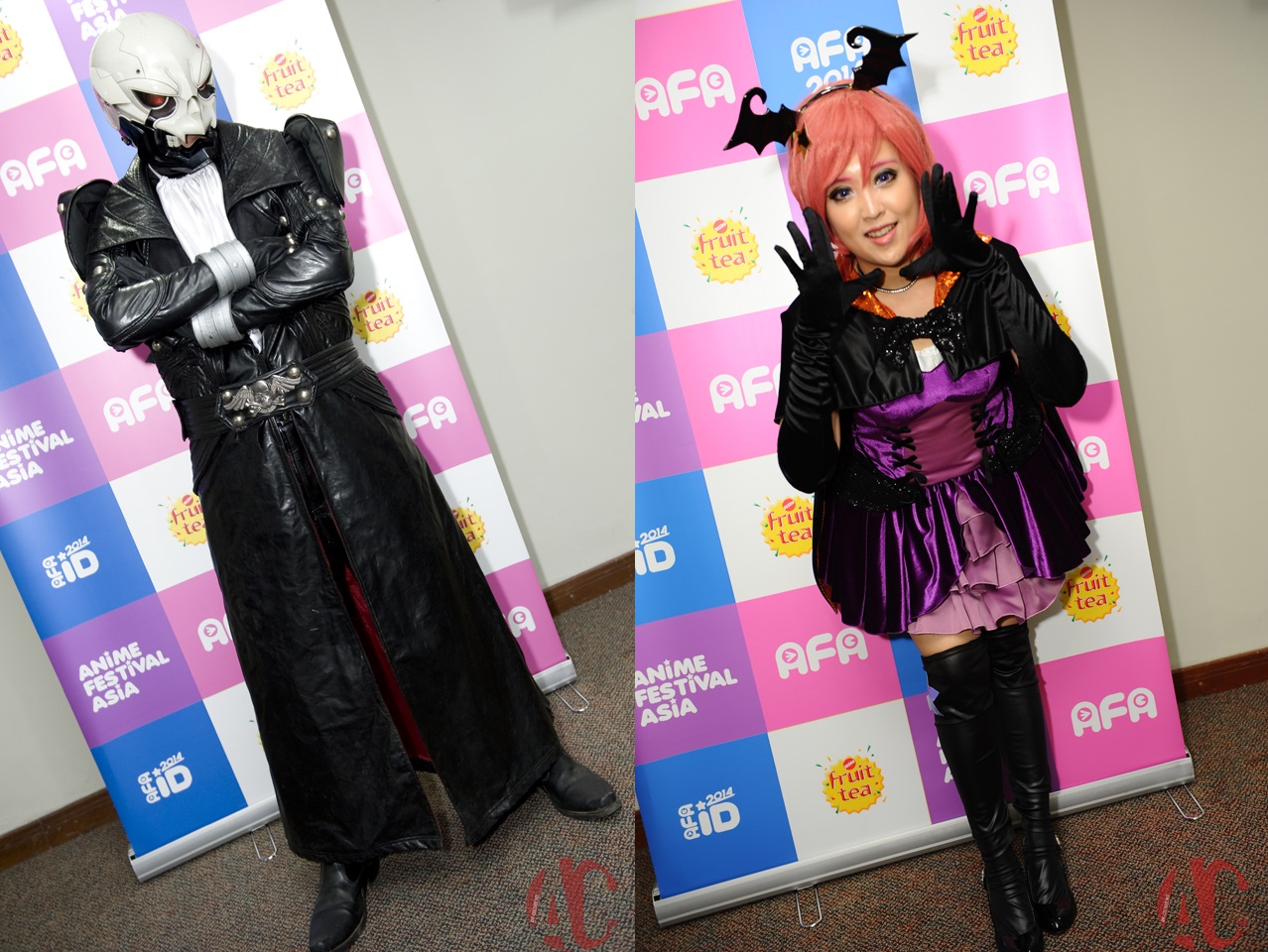 Bringing to you two of Indonesia’s pride in the cosplay community Pinky Lu Xun and Richfield.

Pinky Lu Xun  is the first generation of cosplayers who started of and got the cosplaying trend going. Her cosplays are world famous and widely recognize in the cosplay community. Pinky had also toured around Asia as a judge for international cosplay competitions. And this year will be her third year as the judge of ARCC Indonesia.

Richfield is the man of armour in the local cosplay community. He is famous for his cosplays and the costumes which is made in perfect detail by him. His Garo armour cosplay has left a deep impression worldwide, his hard work has also landed him as AFA ID Ambassador in 2013 til present today.

Along with media friends from SGCafe and AFA Channel we bring to you this exclusive interview.

Give an introduction of yourselves and tell us a few interesting things about yourselves. 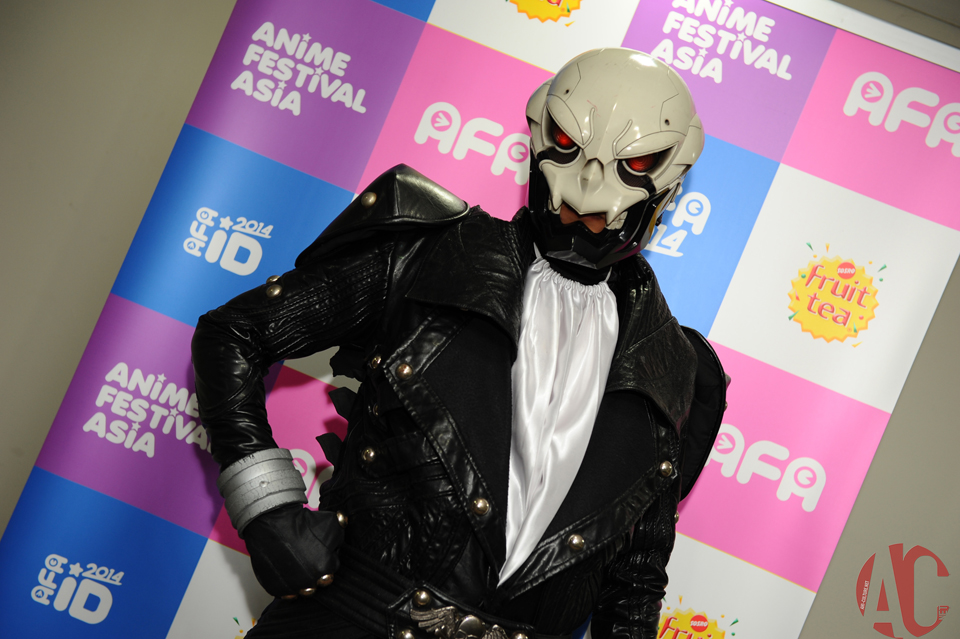 Richfield: My name is Richfield, I have been cosplaying for 6 or 7 years. The costume I am wearing now is 6 years old and has a lot of battle damage. I work as a graphics designer and an event organizer, organizing events such as WCS Indonesia and have a small part in SOZO, helping them for any events they might hold in Indonesia.

Last week, I was at Nagoya for the WCS Finals. As I was representing the Indonesian media, I was involved in the promotion of Nagoya for Indonesian Tourism. There were lots of interesting things happening, with 32 countries gathering together. There were also a lot of things we could learn about big scale cosplay. 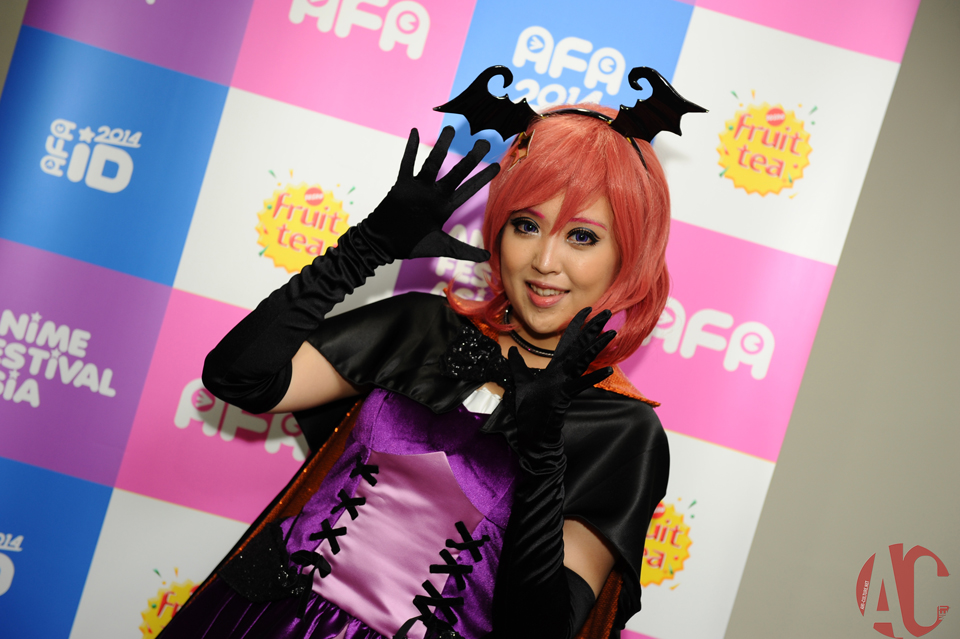 Pinky Lu Xun: I am Pinky from Indonesia, and have been around the cosplay scene for more than ten years. I have been to countries such as Malaysia, Singapore and Philippines and Australia. When not cosplaying, I work as an architect.

How do you manage your time?

Pinky Lu Xun: I work from like 8 to 6, and when I get home, I would work on my costumes until I go to bed. When there is a big event coming up, I usually sleep for about three to five hours a day to finish my costume.

Do you find any similarities between architecture and cosplay?

Pinky Lu Xun: When it comes to sewing costumes, I have not taken any sewing courses. I learned how to sew on my own. As an architect, dealing with buildings has allowed me to visualize the patterns on the fabric. Also, as an architect, I have to make replicas for buildings. I use that same skill to make armors for my costumes.

Have you had time to walk and look around the AFA exhibits and see anything that interests you?

Pinky Lu Xun: I actually want to go outside to do some shopping and visit some booths. I see a lot of interesting booths like the doujin booths, the Culture Japan booths and the Love Live booths. I really would have loved to visit the booths, but I had to rush back here to backstage.

Each time I want to go shopping, there are people who want to take photos. There are so many interesting things outside that I hope to be able to have a look around before it gets too crowded.

Richfield: I came here earlier than everyone else before the gates opened, so I could walk around and check the prices. There are lots of interesting things, like Tamashi Nation with Kamen Rider, then there were Gundam. If I have a chance I would like to walk around but not buying anything.

Pinky Lu Xun: Something that interested me the most was the Mirai doll from Culture Japan. Mirai is so pretty.

Richfield: Because it is a smart doll. Luckily not smarter than you.

What do you feel about international cosplay as a whole?

Pinky Lu Xun: I think it is fun to have friends overseas, because we can share stories about the cosplay scenes in our respective countries and learn each others’ cultures. Sometimes we can even arrange to cosplay together. I am happy for having met so many friends internationally, and would not have met this many friends if not for cosplay.

For example in AFA ID, I have similar costumes as Ying Tze and Angie from Malaysia. In cosplay, there are no boundaries between countries, and the main thing is to have fun together.

Richfield: Cosplay is like music. It unites us together under one hobby. We may not speak each others’ languages, but when you sit together and show your cosplay portfolios, and you can still discuss and understand each other to some degree through your body and sign language.

Pinky Lu Xun: You can also share your passion with friends from different countries. You can learn about each others’ cultures. I think this is beautiful because if everyone is the same, this world would be a very boring place, right?

Can we hope that in the future you would come to Singapore to spread the love of cosplay?

Pinky Lu Xun: I have been to Singapore then to Malaysia. This october I am going to Philippines to spread the love of cosplay. I learnt a lot from their culture, Philippines has great food while Australia has beautiful fabric cosplay. Indonesian mostly has armor cosplay. Singapore and Malaysia also has more fabric than armor cosplay. Each country has their own specialty and style. 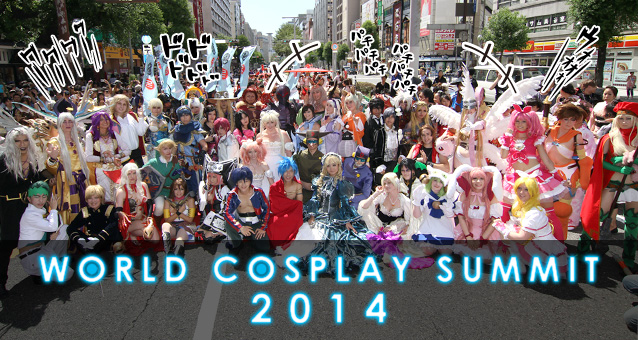 Can you elaborate more on what you know about each country’s specialty?

Pinky Lu Xun: Even though every country has their own style but one thing in common is the friendship in cosplay. Even though we are of different countries, we are friends because we share the same hobby and passion.

Richfield: After joining WCS, we asked every Indonesian cosplayer we met this, “How do you feel about the competition regardless of win or loss?”. They replied that winning is not important. The important thing is that we made friends.

Pinky Lu Xun: Actually, winning or losing doesn’t matter anymore. I joined AFA five years ago as the Indonesian representative and I lost to Olive Lee from Singapore. It doesn’t matter as of right now, I am good friends with Olive Lee and his wife. That is what matters the most to me.

How do you decide what character you want to cosplay as?

Since I know Angie and Ying Tze from Malaysia, they have asked me to play the Love Live game and to cosplay as a Love Live character. I think it is a fun experience, and is something new for me. If I did not know them, I would not have know that the game would be so fun.

Richfield: I cosplay as characters that l love and have an emotional attachment to. The character I am cosplaying today isn’t even mainstream. It is Skull Man, and was a prototype of Kamen Rider. Skull Man was created first, and the big eyes were one of the inspiring features of Kamen Rider.

In Indonesia, there is an Indonesian Tokusatsu called BIMA Satria Garuda (Garuda Knight BIMA). How do you feel about the series?

Richfield: I feel that it is very good as it would push the local Tokusatsu creators to create more and make them do their best. A good example would be RCTI (Indonesia’s local television) collaborating with Ishinomori Productions (Company that produces Kamen Rider).

Would you prefer to cosplay armored or non-armored character?

Richfield: I would prefer armored characters. Those that are covering the face would be good, so that I can see you but you cannot see me. (Laughs) This way I do not have to set aside time to put on make up.

Pinky Lu Xun: That is why you got time to see the booths and I don’t. (Both laughs)

That’s all we have for Pinky Lu Xun and Richfield, stay tune for more from Ani-Culture.net ! 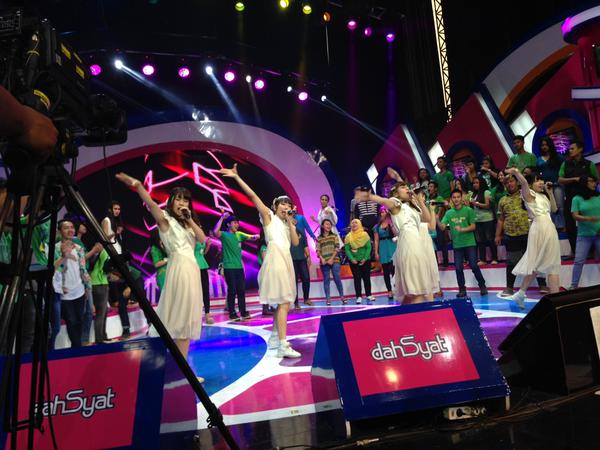 STARMARIE takes Indonesia on by storm!