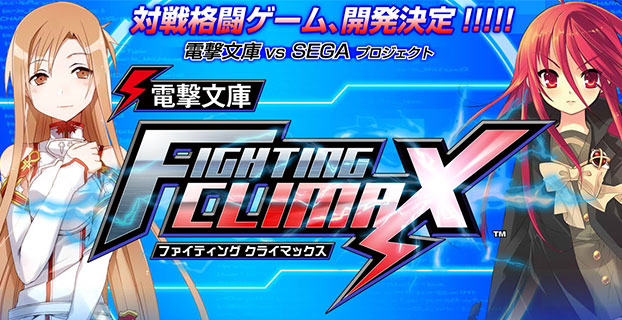 This project collaboration between Sega and Dengeki Bunko will be the fourth game they will be working together and it also marks as a commemoration of the Dengeki Bunko’s 20th anniversary. The game is set to be release in Japanese arcades on March 18.

The game will be featuring eight playable characters: Asuna and Kirito from Sword Art Online, Kuroyukihime from Accel World, Tomoka from Ro-Kyu-Bu!, Shizuo from Durarara!!, Kirino from Oreimo, Shana from Shakugan no Shana, and Mikoto Misaka from A Certain Scientific Railgun.

Support Characters will also be included: Holo from Spice and Wolf, Boogiepop from Boogiepop Phantom, Sadao Maō from The Devil is a Part-Timer!, “Innocent Charm” (Hinata no Maboroshi) from Ro-Kyu-Bu!, Kōko Kaga from Golden Time, Kino from Kino no Tabi: The Beautiful World, Mashiro Shiina (Ai Kayano) from The Pet Girl of Sakurasou, and Erio Tōwa (Asuka Ōgame) from Ground Control to Psychoelectric Girl (Denpa Onna to Seishun Otoko).

Finally, Akira from the Virtua Fighter fighting game will appear as a boss, and the game will have a Sonic the Hedgehog stage. 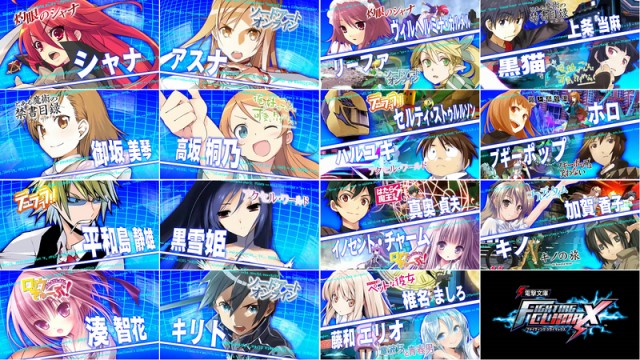