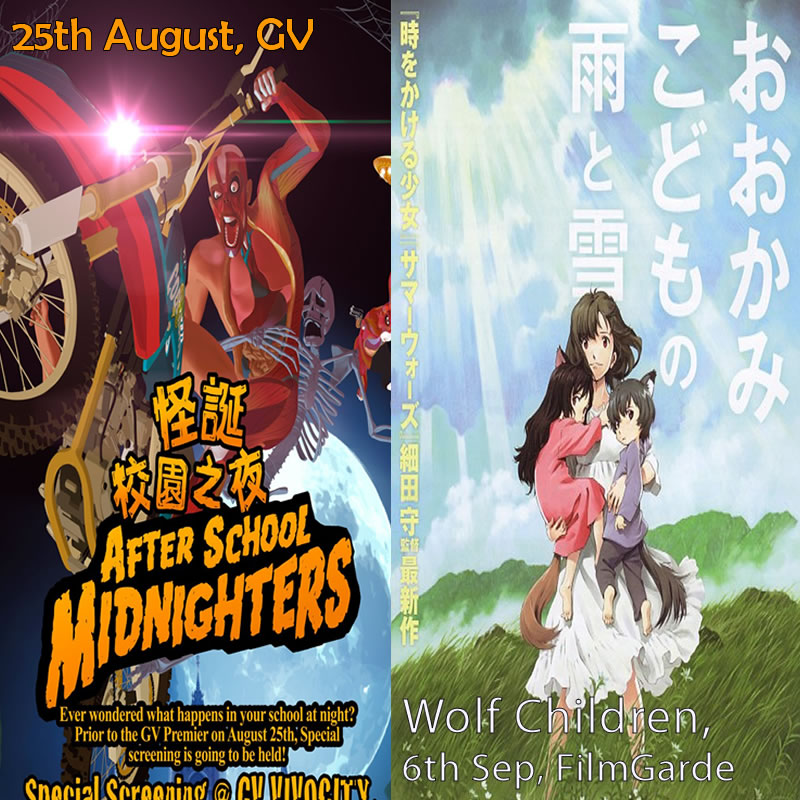 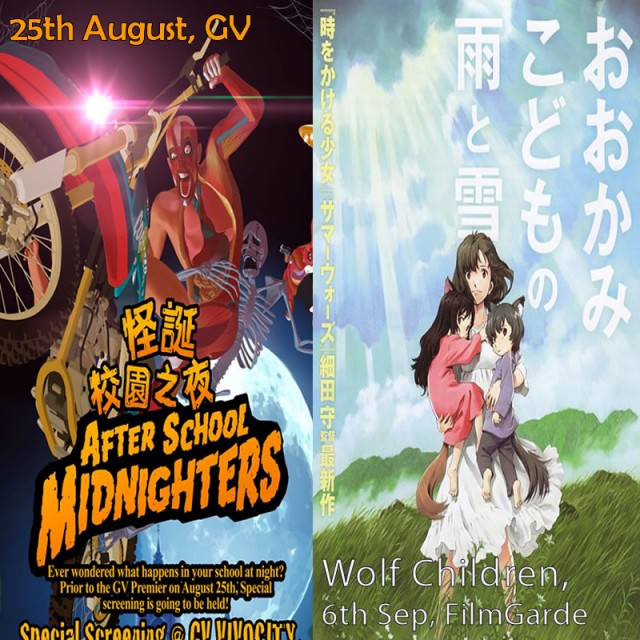 In the upcoming weeks the Singapore’s movie theaters will be graced by 2 high profile animated films from Japan. After School Midnighters and Wolf Children, Rain and Snow.

One of them is even opening the same day as Japan, and have a public preview before the opening. 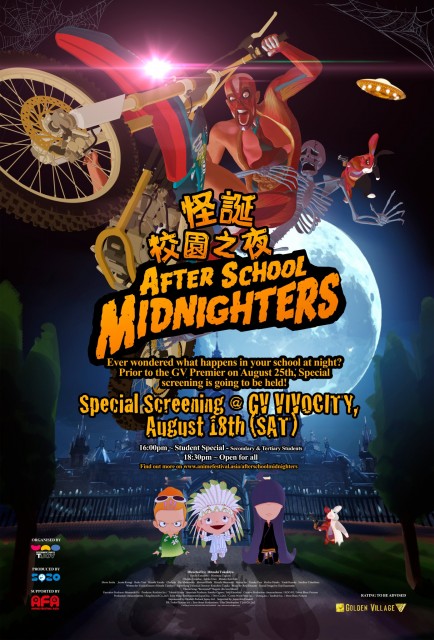 After School Midnighers is the one, it will be officially opening on local screens on the 25th of August at selected Golden Village(GV) cinemas.

And to tell the truth, I have no idea what the movie is about from the trailer other then the fact that it seem rather amusing… 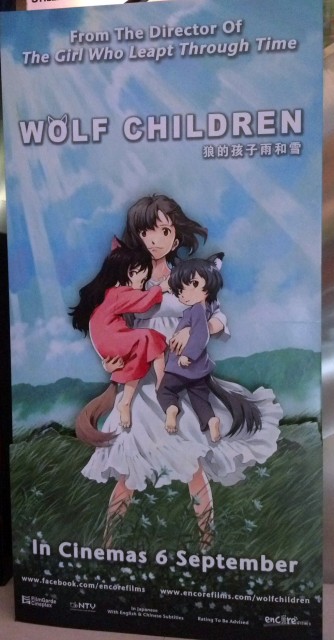 The other is Wolf Children, Rain and Snow or Ōkami Kodomo no Ame to Yuki, Director Mamoru Hoseda’s latest work. It opened in japanese theater just last month and it will be doing so in Singapore on the 6th of September exclusive to FilmGarde Cineplex.

I have been looking forward to this film since some time ago. Since I really like Director Mamoru Hoseda’s works, Summer Wars and The Girl Who Lept thru Time, how he explores the feelings of individual characters within the movie.

This time it’s going to be a heart warming movie of how a mother protects her children from the elements. You can read my previous post for the synopsis.

Another interesting Japanese movie that I hope to catch soon in is “Jiro, The dream of Sushi” currently showing exclusively in GV.

Btw SPEC:HEAVEN is now showing exclusively at FilmGarde Cineplex, if you are interested.

Similarly I’m still hoping for the hit movies like Space Brothers, Library Wars the movie and even K-ON! to open in Singapore too… 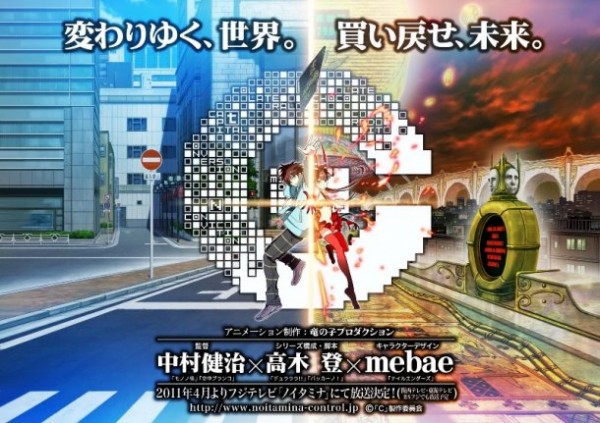