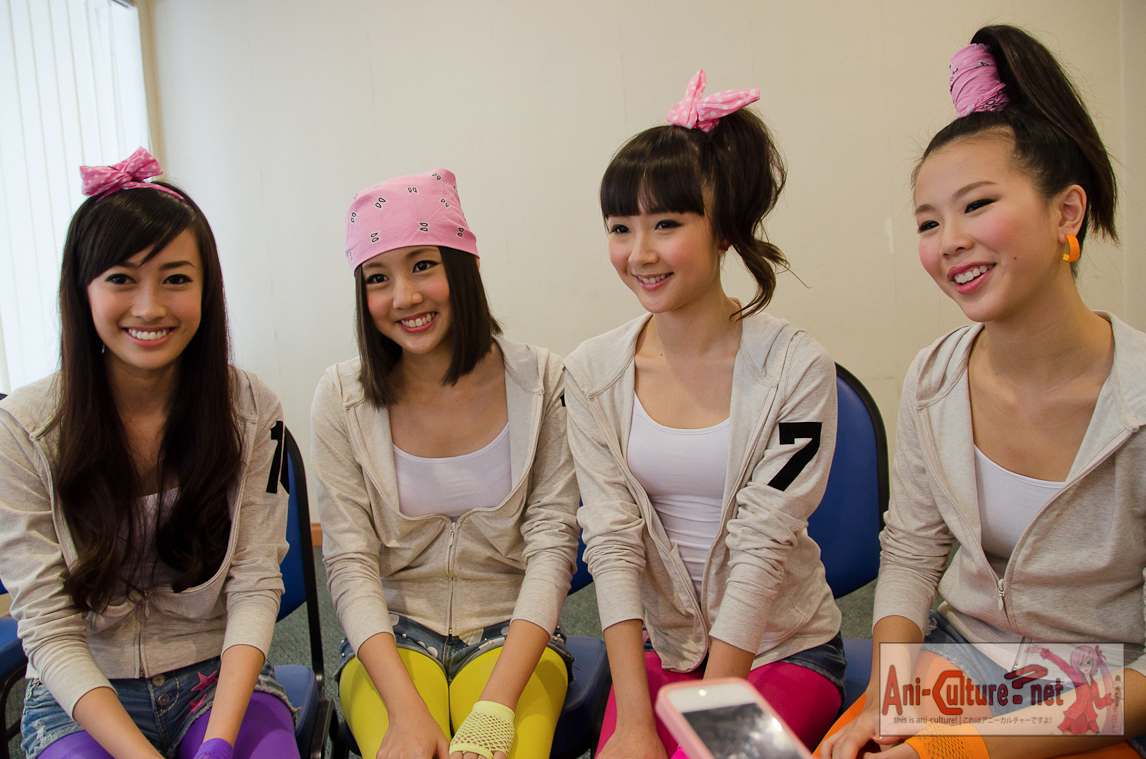 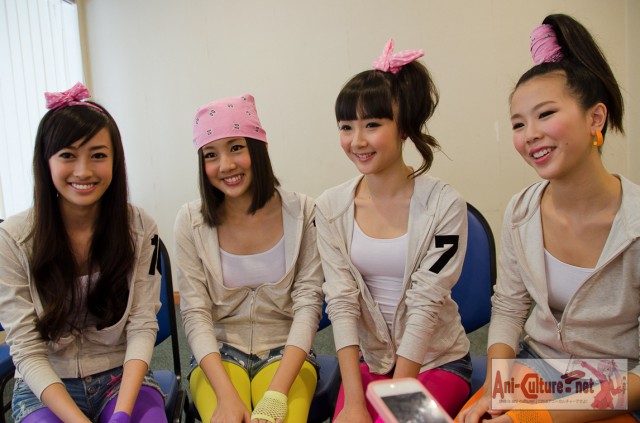 The girls of SEA*A! (From left to right: Beryl, Valerie, Wynne and Estelle)

Just a little over a year ago, a quartet of little known but passionate girls left home to follow their dreams in Japan. Flash forward to today, they have made their dreams into reality and proven their critics wrong. They are non-other than South East Asia’s very own homegrown Ani-Song Stars- SEA*A.

The ladies of SEA*A, Beryl, Valarie, Wynne and Estelle, return to South East Asia to perform at the first ever Anime Festival Asia Malaysia! Ani-culture catches up with SEA*A to find out how our homegrown Ani-song stars have been doing in the past year, and we discuss their passion for music and their quest to share their love of Anime with people around the world.

Tueac: How do you feel about performing in Malaysia?

Wynnie: “Finally” sums it all up. We have been performing in Japan, Singapore, Taiwan and China, but not in Malaysia. It has been one year since (our debut), so we were thinking when would it be! So for us, its like a double happiness as it’s our first time here~

Tueac:  Especially for you Wynnie, since you are Malaysian, how do you feel about performing on your home ground?

Wynnie: I am really excited, ecstatic and honored to be able to perform on such a big stage back home.

Tueac: For your Super Genki Anisong performance, what do hope that your fans will take away?

Wynnie:  We all love Anime, and we know that many out there love Anime, and likewise hope to one day perform as well. So with our performance, we want to encourage them to chase this dream and never give up. SEA*A will be holding auditions for new members in the future, so for the people who share our dream, please sign up for it!

Tueac: I recall, in last December, SEA*A made your first appearance at Animax Musix (the girls actually went yesss~*). Would you care to tell us how you felt about performing on your biggest stage yet?

Valerie: For us, it was very, very exciting and an unforgettable experience. It was our first time with such a large crowd, and there were so many light sticks swaying in rhythm with the song. Even though we were so small on the stage, we felt our passion spread across the audience. It was just simply awesome.

Wynnie: I know! In the back stage, when we were with the other artistes, we were “wowed”. The feel together with them backstage was very different. And on stage, the crowd was jumping along and everything.

Estelle: It is a very different experience from when you are watching a performance and when you are actually on stage.  In fact, we went to watch Animelo Summer, and the stage was so big! But when we actually got on stage (at Tokyo Dome City Hall), it felt even bigger!

Beryl:  It was really a surprise for me as well, since it was only a few months after our official debut. It was a chance that we did not expect to get so soon. 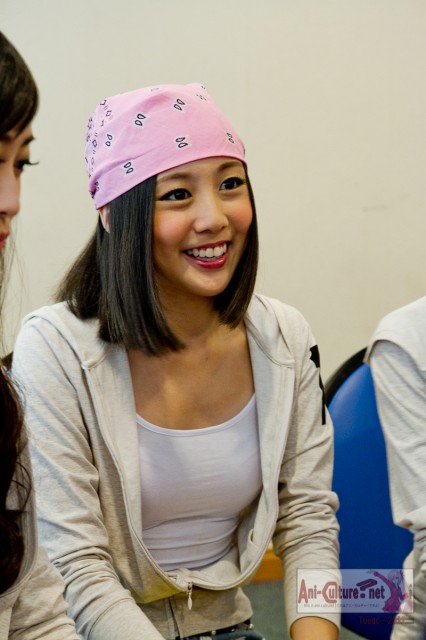 Tueac: Your third single contains 2 songs- “Friendship Birthday” for the Anime “Arashi no Yoru ni: Himitsu no Tomodachi” and “Shiawase! Run! Run! Run! “ as a mascot song for a certain F&B company. What are your thoughts on this?

All: It’s our first time!

Beryl, Wynnie and Estelle: Well, it’s our first time for us to be featured in both a 3D anime and a song for a commercial at the same time! There are a lot of firsts for us in this single. The song itself is also very cute. We were naturally so excited- we even went out to try the product featured in the commercial…

Valerie: “Friendship Birthday” was also the first time we shot our MV back home in Singapore! And our first for a 3D animation too!

Estelle: One of the songs was for a Japanese animated commercial, and it was really exciting to reach a different audience.

Wynnie: “Shiawase! Run! Run! Run!” is a very cute and bubbly song- it felt just like when I tried the product!

Tueac: In truth, I have personally ordered my own copy of “Friendship Birthday”, any hints on what I can expect from the single?

Wynnie: This single is slightly slower compared to our first 2 singles, as we wanted to express our feelings about the importance of friendship and how we should always treasure it.

Estelle: The four of us have been friends since we started out, and together with the casual setting of the music video and lyrics, we wanted to create a very sincere and emotional feeling with our song, something in the vein of “ENKA”.

Tueac: As you have previously mentioned, SEA*A is always looking for new challenges. Is there any genre you would girls like to try in the future?

Valerie: Any genre of music would be very exciting for us, and it would be a challenge for us.

Estelle: We always look forward to the challenge from any type of music. At the moment, we are very happy with our current work. Since the sole purpose of our music is to sing our love for anime, and so long as we keep true to that, we can try anything.

Tueac: For those who have hopes of breaking into Japan, what advice do you have for them?

Wynnie: I think the most important thing is to have a lot a lot of passion and be willing to show it, be enthusiastic about what you do and be outgoing.

Valerie: Being willing to learn, and learn fast.

Estelle:  You have to be able to excel with your skills, pick up quickly after a mistake, and be very determined, as the industry teaches you new things every single day.

Beryl: Having the hunger to improve oneself. 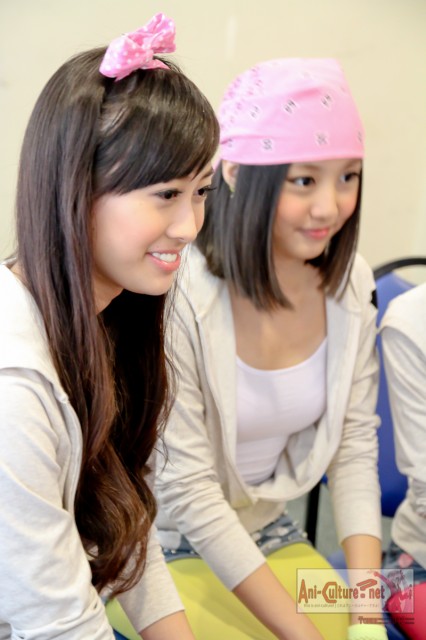 Tueac: Lastly, do you have any messages for your fans? I have a friend in Japan that loves SEA*A, especially Beryl!

Beryl: To J, thank you for supporting us, I hope you have managed to get our latest Single, and please look at our behind-the-scenes video. Hope to see you soon!

Tueac: Any words for the rest of your fans?

Wynnie: Thank you for supporting SEA*A, because without you, SEA*A could not exist! We love Anime and we know our fans love anime too, so I hope we can all enjoy it together! 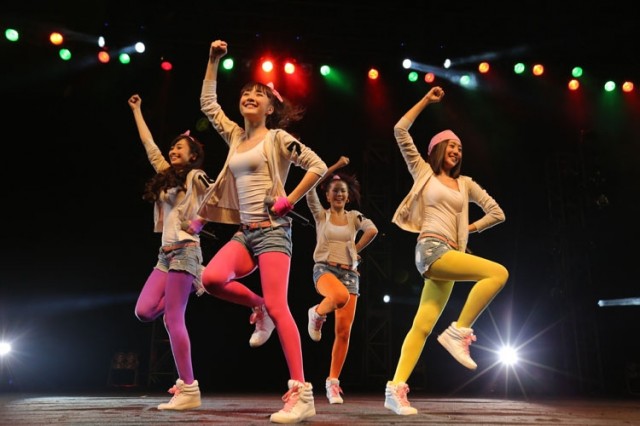 SEA*A opened day two of the Super Genki Anisong concert with a bang! Starting with an energetic “Deli Deli Delicious”, they followed up with a moving “Friendship Birthday”! As a fitting end, they sung their debut single “Dream Shooter”, drawing ecstatic cheers from the crowd! Personally, I really enjoyed their new single “Friendship Birthday” and “Dream Shooter” was pleasing to hear once again.

After having watched several of their performances, I must say that they were even more polished and confident this night. And I am sure they get only get even better in future.

As mentioned in the interview, Lantis will be holding auditions for new members this coming summer, moving beyond the 4 person group format. Our guess is that it going to open to all of South East Asia, so here’s your chance to live your dream!

Up next is our interview with rising Anisong artisite AIMI!

We would like to thank Dentsu Malaysia, SOZO and Anime Festival Asia for their assistance throughout our coverage of AFA Malaysia. 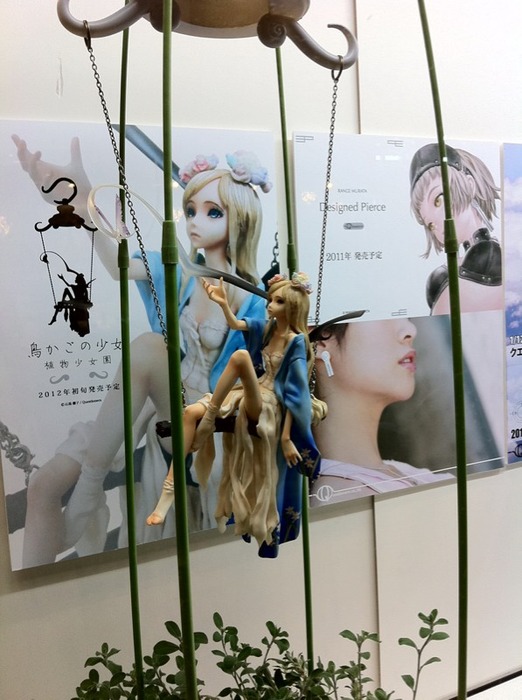 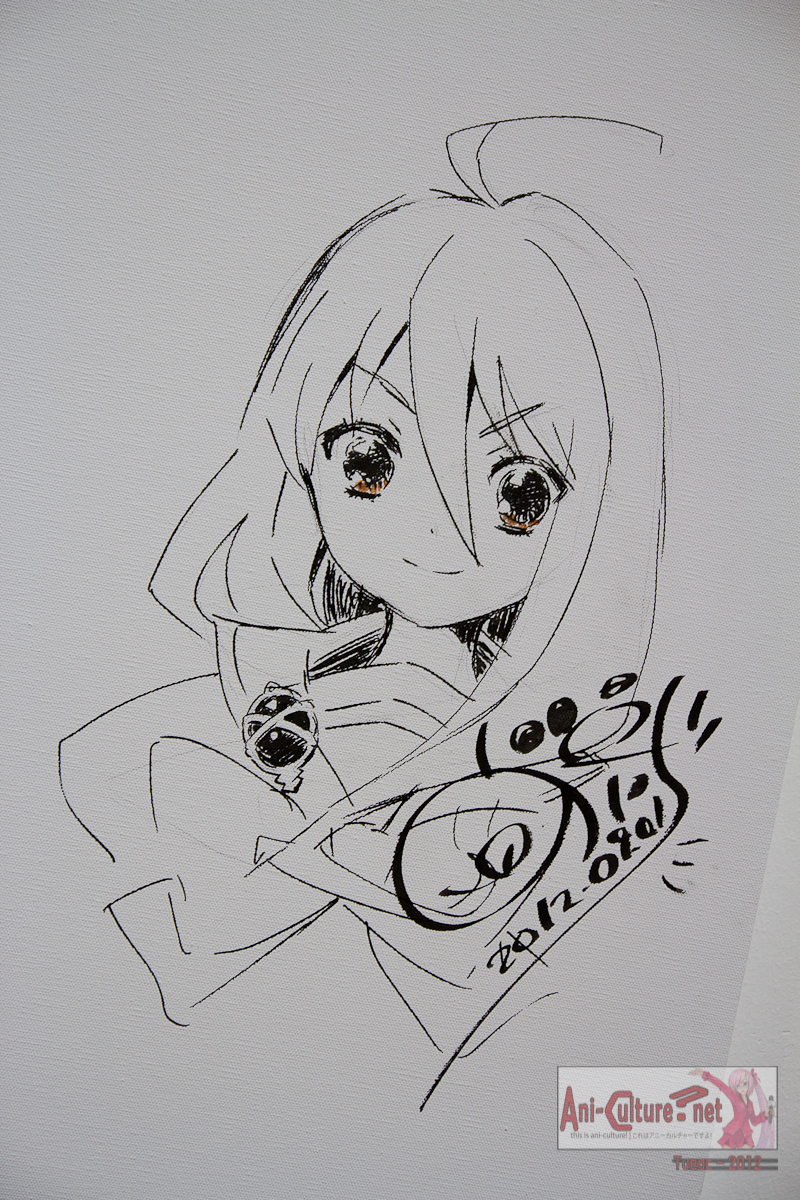 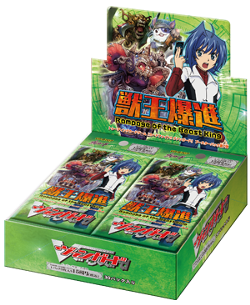 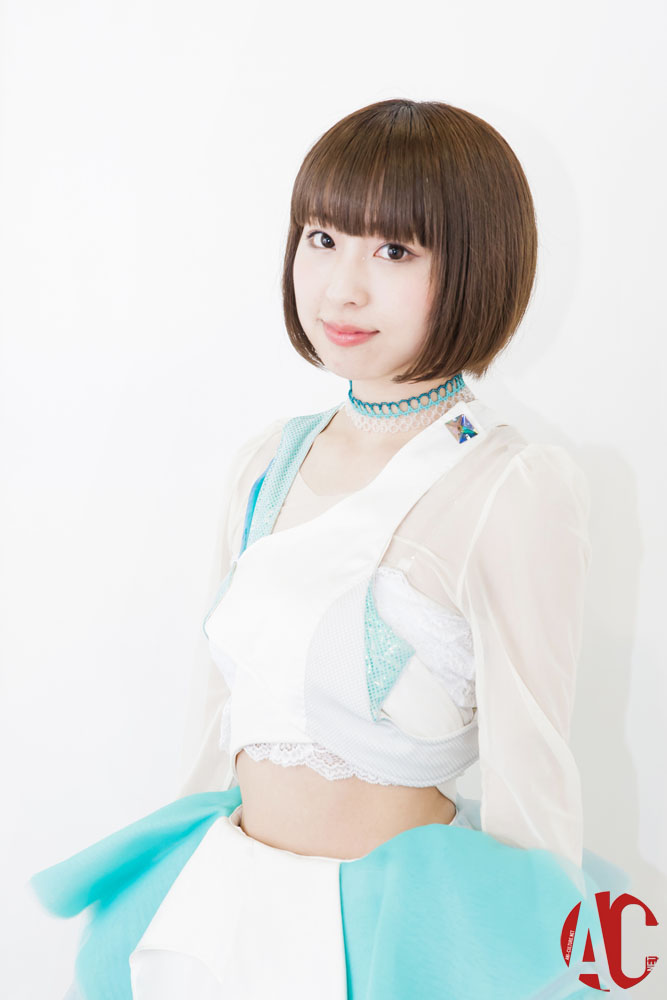