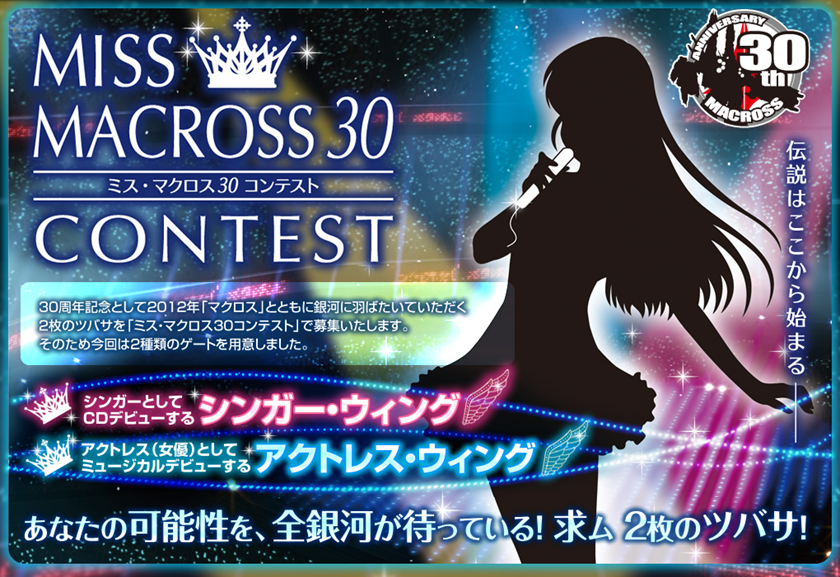 As part of the celebration of the Macross 30th Anniversary a real Miss Macross pageant will be taking place in search for the next Sheryl Nome the “Galactic Fairy” and Ranka Lee the “Super-Dimension Cinderella”.

Applicant however have to fulfill the following criterias,

– Age between, 12 to 25 and is single.
– Can converse in Japanese
– Regardless of you being a Professional or an Amateur, you can take part.
– Is not in any exclusive contract with any company. 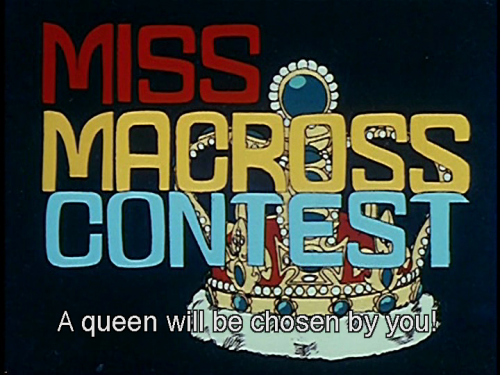 Applicants can choose either the “Actress Wing” or the “Singer Wing”. Applicants can also apply for both wings, if they so wished to.

Contestants will have to use the new CROSSO machine at Joysound Karaoke, and, with the uta suki douga feature, take a video of themselves performing one Macross songs and then filling up the application form.

Applicants can choose any of the macross related song stated in the list on the page below, from a choice of 14 Categories ranging from the original Macross to the Frontier movies.

Selected contestants have to go through a series of interviews before they are selected for the finals.

The Winner of the “Singer Wing” will get the opportunity to sing a Macross song on an upcoming CD from the Flying Dog label.

The Winner of the “Actress Wing” will be honored with a role on the upcoming Macross stage musical, planned for October.

For more information and updates on the contest please refer to the Macross 30 site.