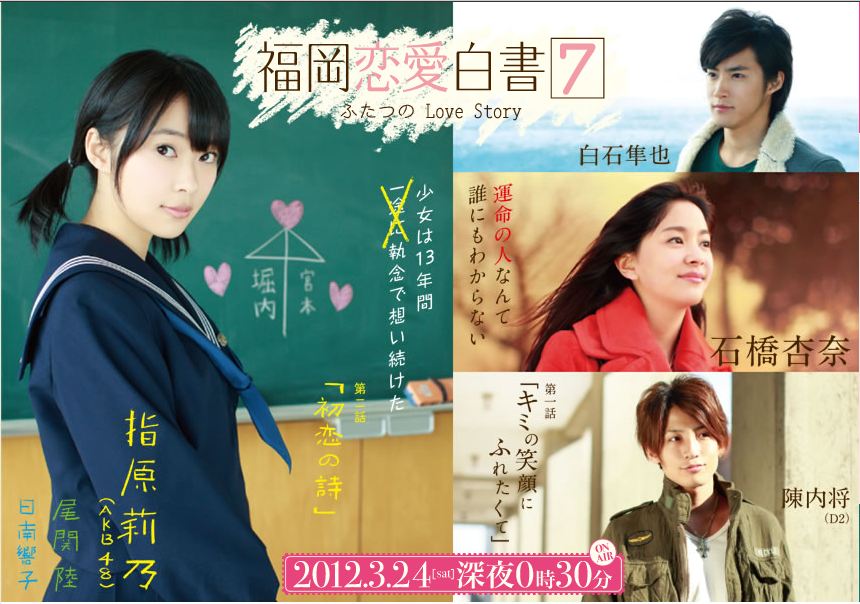 On March 24th, AKB48’s Sashihara Rino will be in the another  not really a drama but a one shot, thou also a late night one. 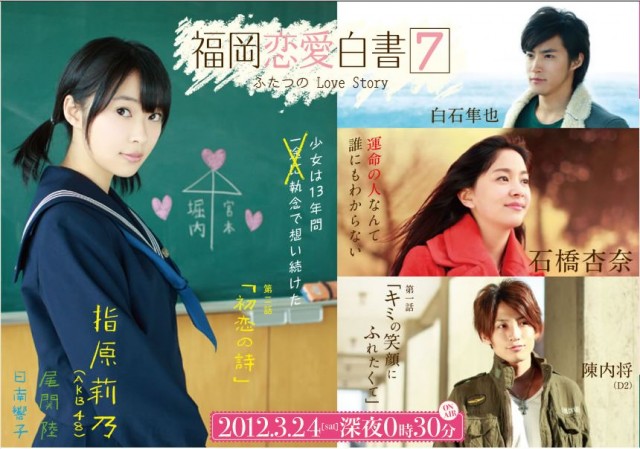 The name of the drama is 福岡恋愛白書７：初恋の詩, Fukouka Renai Hashu shou :Hatsukoi no Uta, or First Song of Love. Along side her will be, Ozeki Riku, Kyoko Hinami, Haruka Kodama (HKT 48) and  Natsumi Matsuoka (HKT 48).

The Story is about a elementary school girl, Kaori (Sashihara) falling in love and 13 years later… … 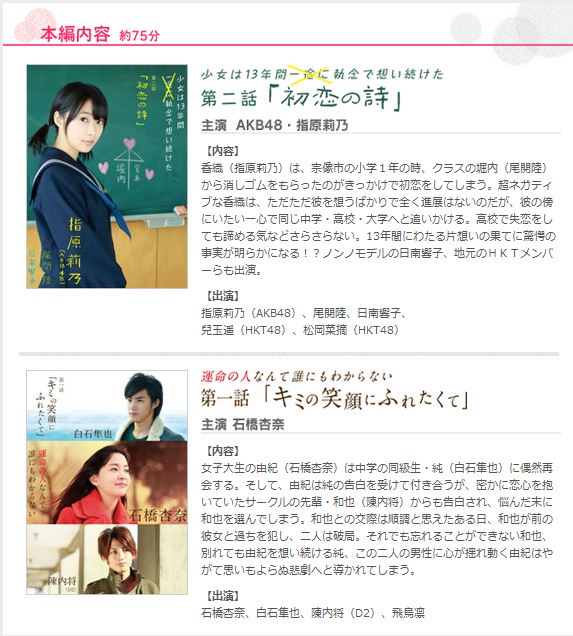 福岡恋愛白書７ will also be featuring another 1 shot, titled キミの笑顔にふれたくて, I want to Touch your Smile, with the above cast. The story is about the female University student, Yuki (Ishibashi Anna) meeting with her middle school mate and …

The 75 minutes special will be aired on the Kyuushu Asahi Boardcasting Co. on the 24th of March at 0030H. This is also the 7th year, KBC have done this one special featuring true love story in Fukouka contributed by local residents.

This is also not AKB48’s first time in the short, Shinoda Mariko took part in the 2011 version titled 花火の架け橋, Hanabi no kakehashi, Fireworks on the Bridge.

What’s interesting is that, the cast used for the annual specials for usually from Kyuushu itself, what a great way to promote local talents!

DVD release of the 1-shot is will also be available on sale from 17th April.

Thank you Inferno for the tips~ 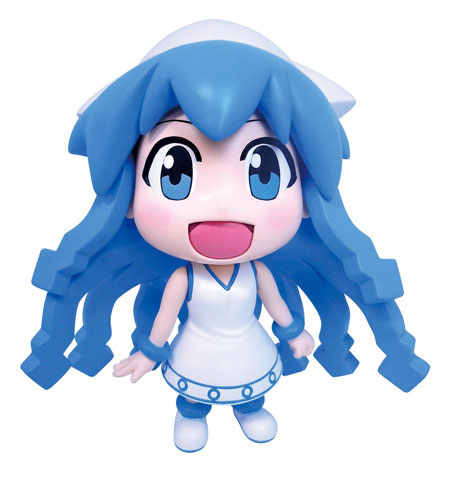 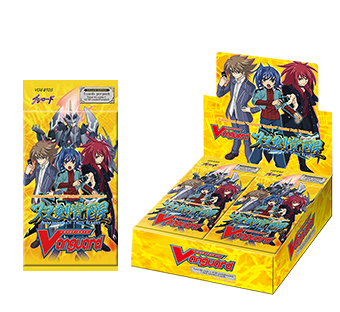