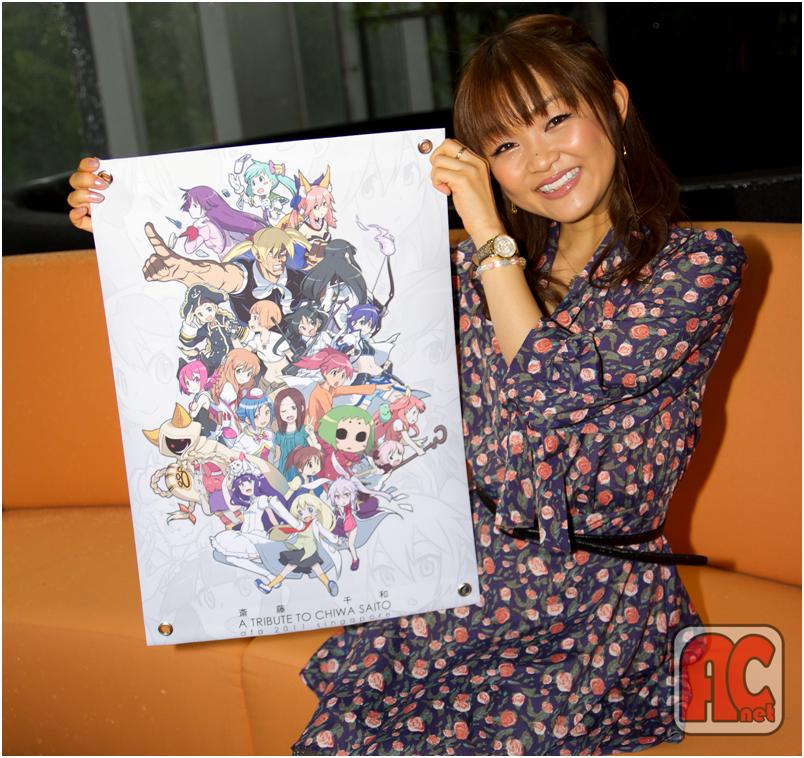 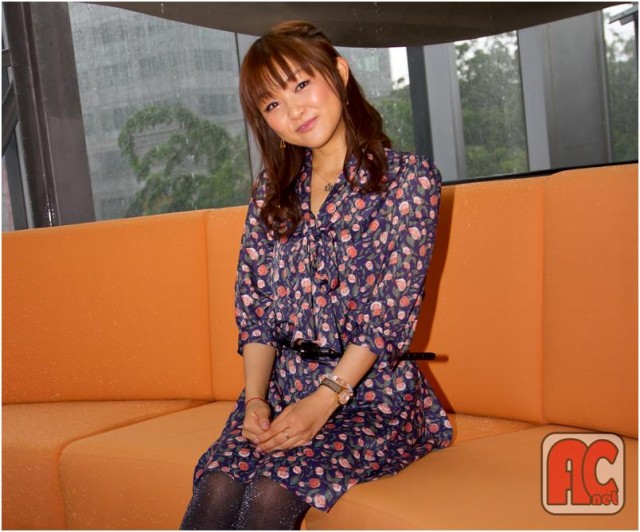 Sorry for the long wait, we are finally ready to publish our interviews~ So here is the first one, as promised. Chiwa Saito~

On Day 2 of the Anime Festival Asia 2011, we caught up with Seiyuu(Voice Actress), Chiwa Saito for a little interview together with SGCafe and Collateral Damage Studios.

And here are the contents of our interview,

SGCafe: Can you tell me more about yourself, hobbies?

SGCafe: Any similarities between you and Homura that you voiced?

Chiwa Saito: I can’t speak out about my worries are and often keep them to myself which most of the time lead to me thinking negatively, this part I think is quite similar to Homura.

SGCafe: What would you say to Kyube if you see it?

Chiwa Saito: Don’t come to me!

Ani-Culture: You have voiced so many characters in your career, from the extremely cute Hazuki(Tsukuyomi: Moon Phase) to the serious Senjougahara. How do you prepare for such a wide range of vocal personalities?

Chiwa Saito: Thou the character might be scary, cute or strong, they are still a girl within. I wants to bring that out and be natural, the feelings of a girl, instead of emphasizing just the certain parts of the character.

I don’t configure my characters myself but according the rest of the cast and the story.

Ani-Culture: Out of all the characters you have voice acted, who is your favorite Character?

Chiwa Saito: Natsumi from Keroro Gunso, afterall she voiced her for 7 and a half year. Natsumi feels like family to her.

Ani-Culture: If you have not gone into voice acting, what would you be doing now?

Chiwa Saito: This is a very difficult question, I have no idea what to do, even thou sometime I do think about it. I still have no answers for it. But it would be great if I can travel.

In fact I studied overseas.

Ani-Culture: Oh? Where did you study overseas?

Ani-Culture: I see! No wonder you can understand English so well! So where in Singapore have your already visited?

Chiwa Saito: The Sky Park, Marina Bay Sands and the Supermarket at Holland village, the trip to the supermarket is so fun!

Ani-Culture: Soon you will be performing on the stage, what are you expecting from the fans?

Chiwa Saito: I am looking forward to seeing the audiences, especially after meeting so many media for interview and feeling so welcomed.

Chiwa Saito: I’m not really nervous but wondering how the audience will feel when she is voice acting Homura.

Ani-Culture: What is your impression of Singapore before and after you have visited?

Chiwa Saito: I’m expecting it to be more of a tropical country, since its south of Japan. But after landing in Singapore, everything is so nice and beautiful here! Like the Christmas lightings and everything along the way on the taxi.

I would like to come to Singapore as tourist instead of work sometime.

Ani-Culture: Last question, any last words for the fans?

Chiwa Saito: Even thou I voice my characters in Japanese; I feel that instead of just a character, I am voice acting a life and they can go beyond language, race and culture, to make everyone love them!

And thanks to this support by everyone, I will work hard to create even better works back in Japan! 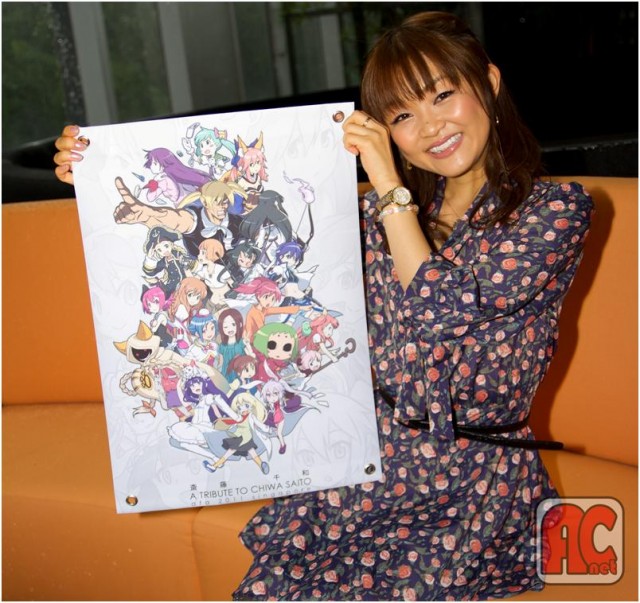 At end of interview, Collateral Damage Studios presented their Chiwa Saito tribute artwork to her, ending the session in a highlight.

Thank you to Miss Chiwa Saito and her Translator joining SGcafe, CDS and us. 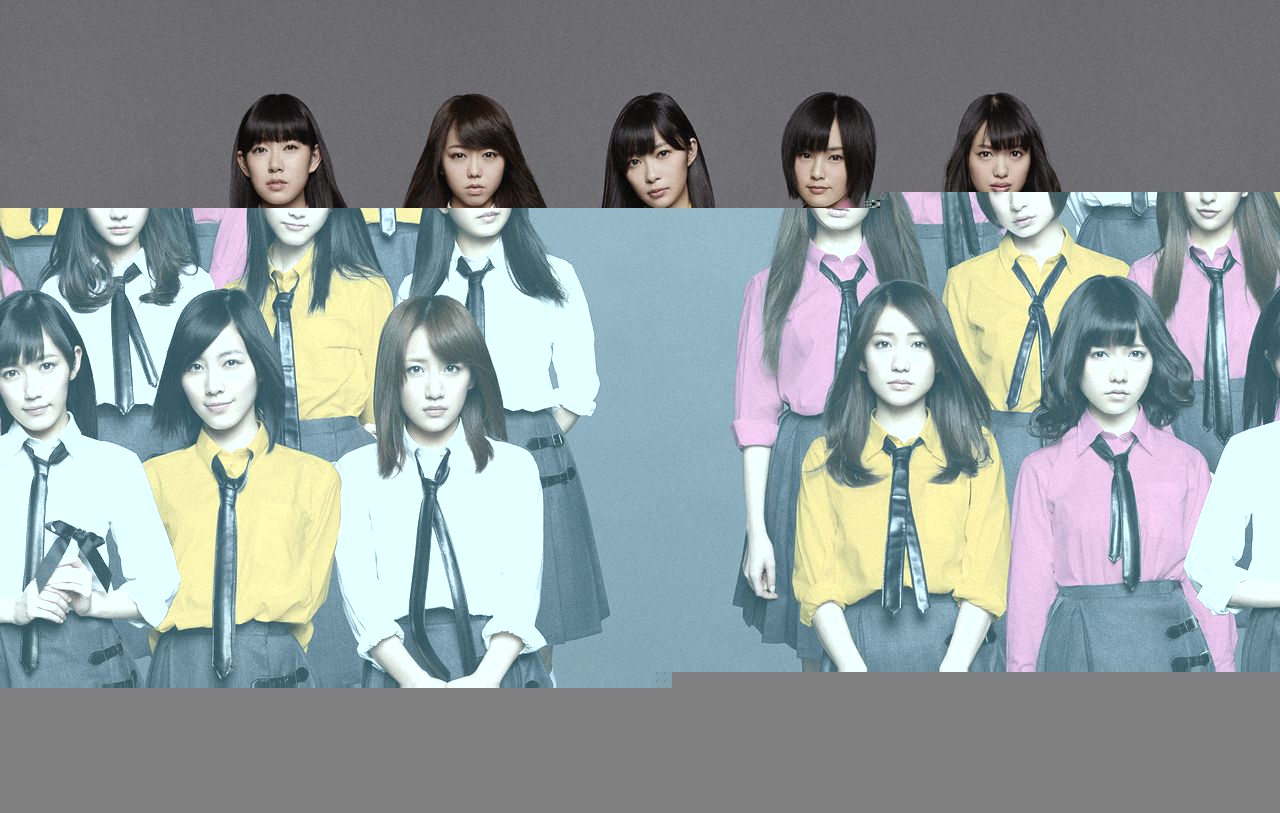