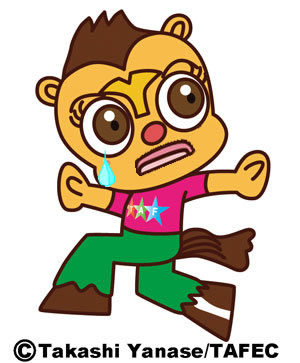 TAF is becoming a scape goat for the ongoing political fight to approve the revised Youth Healthy Development Ordinance… Which one of it’s proponent consist of Tokyo’s Governor Ishihara Shintaro, whom also serve as the Chairman of the committee…

What is the ordinance about, here is a short description from ANN:

The current ordinance already prevents the sale and renting of “harmful publications” — materials that are “sexually stimulating, encourages cruelty, and/or may compel suicide or criminal behavior” — to people under the age of 18. The proposed Bill 156 would require the industry to also self-regulate the sale and renting of “manga, anime, and other images (except for real-life photography)” that “unjustifiably glorify or exaggerate” certain sexual or pseudo sexual acts. Another section of the revised bill would allow the government to directly restrict the sale and renting of the above images if the depicted acts are also “considered to be excessively disrupting of social order” such as rape.

Interestingly, not affected by the bill are real-life Photography… Which in many cases can be worse and more graphical then a manga… or an anime… 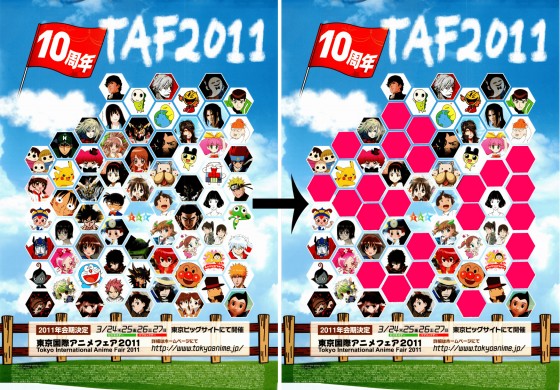 On the 29th of November, 3 manga creator group declare their objection to the bill followed by a strongly word commented by the governor which led to withdrawal of Kadokawa Shoten from TAF, followed by 9 others including kodansha, Shonen, and rights holder, Shueisha, which requested for materials owned by them to be withdrawn… They have also made a plead to other members publishers of the Comic 10-Shakai to pull out from the event.

Things did not improved when the Tokyo Metropolitan Government decides to make a handbook to specifically tell the exhibitors what they can and cannot display at the show.

The truth is that things are becoming ugly and the Spring time tourist trap for Tokyo is going to be hugely affected. Especially with the some of it’s biggest sponsor, executive committee member and exhibitors boycotting the fair, not to mention, the Metropolitan Government will be the one footing the bill… for an empty show.

In fact it might get so bad, that the fair might be canceled or as said, an empty show…