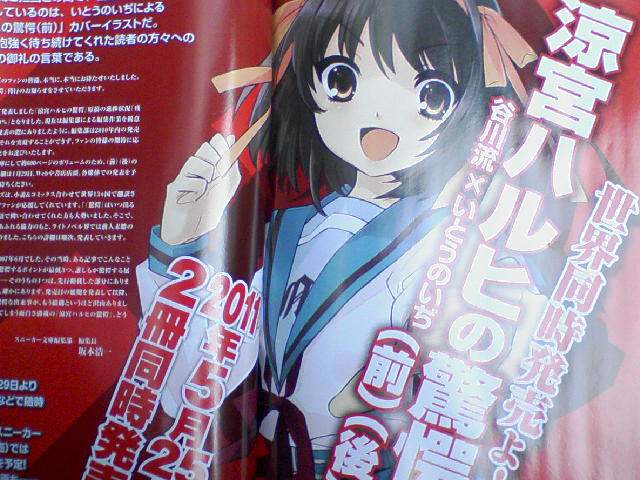 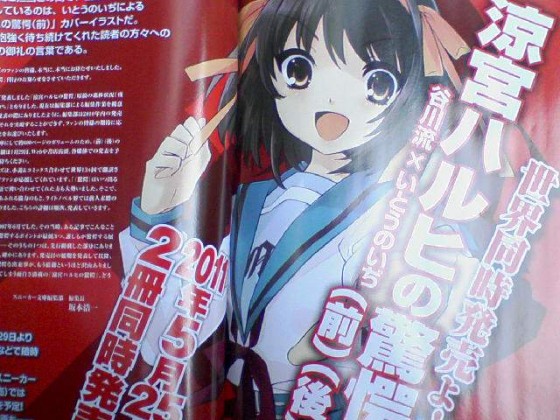 『涼宮ハルヒの驚愕』 or translated to be the Surprise of Haruhi Suzumiyah, the 10th novel is the Haruhi light novel series is slated for release 25th May 2011.

The latest volume currently is 涼宮ハルヒの分裂(The Dissociation of Haruhi Suzumiyah), released 3 years ago in 2007.

My thoughts: I haven’t read volume 9 yet, but I think I better catch up soon… Also mentioned, is the worldwide release, which could will see a English version released at the same time.