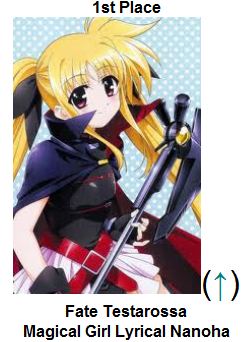 In the end, the KKnM Saimoe didn’t not produce an overwhelming defeating for the girls. In fact Mio overtook Takuto to take 2nd place… But something else happened.

Fate decided that things should be decided by the herself and took the Wining position after managing a climb to the tie in the fourth place last week with Saber.

So the final standings are, 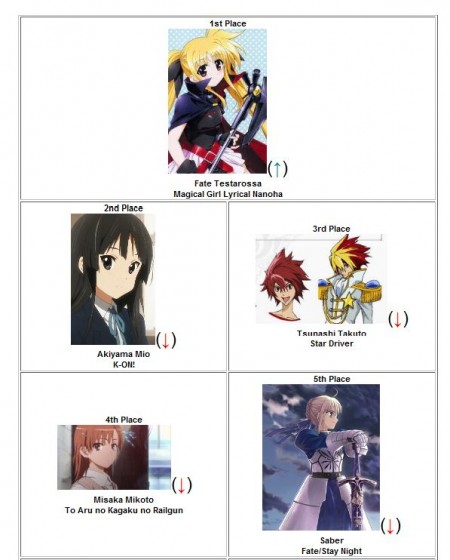 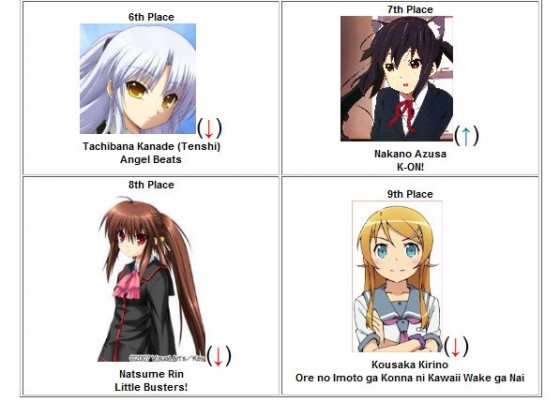 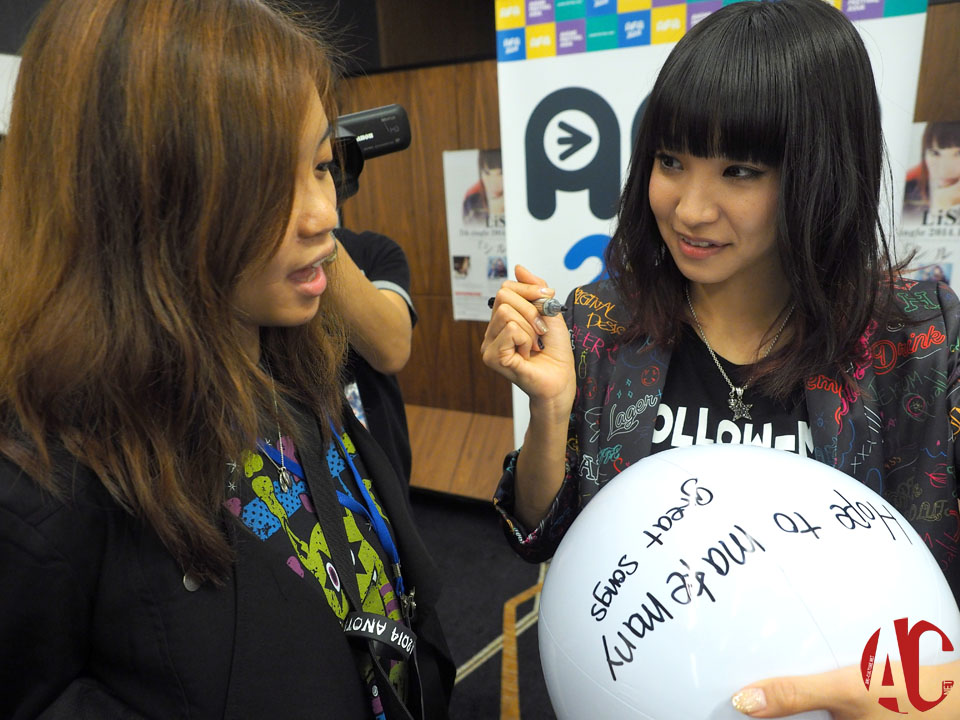